Alex Bamford gained a football scholarship at Marshall University, West Virginia and Gabriel Riordan (WW5) caught up with Alex to hear about life (and football) on the other side of the pond… 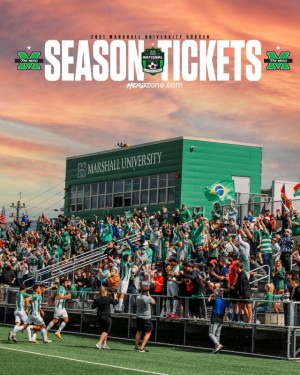 What made you think about American Unis? Was it the football or the academic side that enticed you more?

For me, the typical university route in the UK didn’t excite me, and if I’m being honest I didn’t want to be doing the same thing as everyone else, I wanted to do something different. Taking the same route as everybody else just felt too easy and going to the same universities as all my friends just felt too comfortable. I’ve always had the move to the US in the back of my mind and noticed the rise in popularity of the football there since recruits started coming down to ISFA games and some really talented footballers that I knew started moving over. When considering the options I had in front of me it was always ‘what would be best for my football?’ but of course, the opportunity to get a degree on top of living in America for the next four years was undeniably appealing.

How did you navigate the recruiting world of being a prospective student athlete, and how was the application process?

The application process was really tough and at times I considered giving up, asking myself if it was worth all the stress especially having the options of Loughborough, Nottingham and Bristol all in the background. I went through a scholarship agency called ASM who I reached out to after a recommendation from a friend but there are plenty of agencies out there who can also help. I would say that you do have to be careful who you choose to partner with as I felt some agencies who reached out to me didn’t have my best interests at heart as ultimately you are paying them a service to make your job much easier. ASM were brilliant and were very transparent with me throughout the whole process letting me know who was interested and what I had to do on my side to give me the best chance possible of getting offers.

To go to university in the US you are required to do either the ACT or the SAT exam which are similar in structure to the tests you do for common entrance just much longer, much harder, and much more confusing. Thankfully Tonbridge offered ACT and SAT lessons to everyone interested in moving abroad and I also had a tutor on the side to help me out. Once I finished my ACT, ASM could start formally reaching out to universities using my highlight video and any additional requested game footage. On top of that sorting out an F1 visa and registering as an athlete under the NCAA was also very time-consuming as they required all previous public exam certificates as well as your history as an athlete in terms of what clubs you played for and when. I know lots of people who dropped out throughout the process and it is certainly very strenuous especially on top of all the work you are doing at school. 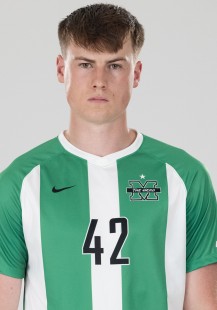 Why did you choose Marshall, and how did you connect with the universities?

At this stage everything was very much in the air, I had been accepted at the unis I wanted at home and was just waiting to hear from ASM which unis were interested. I made it clear to ASM that I was only really interested in playing at a D1 level which is the highest level of competition in college sports as I felt that anything lower wouldn’t be enough of a step up to the top football universities back home like Nottingham and Loughborough. I had offers from all over the US, some in Florida, a couple in California then others in New York and the Carolinas. I got turned down by a couple of coaches but was also offered scholarships by others, so it was quite a frantic few months. I was told Marshall was interested quite early on but were also hesitant to offer me a spot as they were looking at other options.

Fortunately, one evening the coach phoned me up and offered me a place in the team saying he was impressed with the footage I had sent over and felt like I would be a good fit for the program. One of the deciding factors for me was the coach who was from England and really sold me the program with their ambitions and success they had enjoyed over the last couple of years since he had come in. At the time they were on course to win back to back conference titles and also compete in the national championships which is very much the holy grail of college sports with the semi-finals and finals televised on BT Sport. It was obvious to me the program was on the rise and as I’ve told many people I was surprised they offered me a place due to the absence of any academy history on my CV which is more or less required to play at the top programs across the D1 level. I also had a good offer from a school in Florida which location wise was superior to Marshall which is based in West Virginia but as I said at the start of the interview my decision was always ultimately based on what’s best for my football and no alternative came close to the football program that Marshall had to offer.

What’s the level of football like there? Training intentisty, match level: how much of a step up from Tonbridge 1XI football was it?

It makes me laugh when people try to criticise football in the US but in fairness, if you don’t properly look into it you would form a conclusion perhaps based on the underwhelming success of the national team. From someone who has been in football all my life, I can assure you that no UK university would beat any of the top 30 D1 colleges and that the standard of college football at the top level is comparable to academy football at most professional teams. I remember Stanford who are an average level D1 program went on a UK tour in 2018 and comfortably beat Fulham’s u20’s 3-0 which I believe you can still find on YouTube. College players come from all over the world, the best talents from Africa, South America and Europe flock to the US as it continues to rise in popularity and grant a viable path to turn professional. For example one of our midfielders was on the bench for Bayer Leverkusen in the Europa League 2 years ago, our winger played at the Camp Nou for Borussia Monchengladbach in the UEFA youth league, our left back played at Santos in the same youth team as Real Madrid winger Rodrygo. So to answer the question regarding the step up from Tonbridge 1st team it's incomparable.

Adjusting to the speed and quality of the first few weeks of training was incredibly tough not only physically but also mentally. In such a competitive environment where you know if you don’t perform you can just be replaced it can become extremely challenging. In terms of training, the NCAA (National College Athletic Association) limits team training to 20 hours a week with one day off. However, you spend around 5 hours a day if you total up training, game analysis, gym work, and recovery treatment. Marshall managed to win their first national championship last year meaning they were ranked the best college team in the country which brought through a wave of coverage to the program just before I came in. I remember my first training session had finished and ESPN had asked a couple of players to come over for an interview. Getting recognised, signing autographs, and taking pictures all come with being in the team at Marshall something I’m very new to but nevertheless a really cool experience. 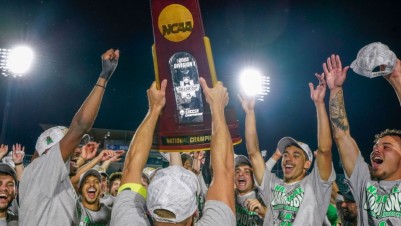 What’s school like outside of football? Do you like America? What were the biggest adjustments for you?

School work in the US is very different from that of the UK. Many like myself start their first year as ‘undecided’ which means you haven’t yet chosen your major and instead you complete a variety of different classes that broadly cover the requirements for a future major you may be interested in. I feel this is much more efficient than how it’s done in the UK where lots of people start a major that they don’t actually like or even know what it entails. As is the same wherever you go to university the burden of responsibility becomes much greater and you have to be on top of upcoming deadlines as there simply isn’t any room for flexibility.

America is an unbelievable place and I’ve really fallen in love with it. Flying down to Florida for a match one week then driving to North Carolina the next is such an amazing privilege that really can’t be matched anywhere else. The culture is certainly very different and one that I’ve had to get used to for sure. People are in general much more friendly and open in the US but at the same time the pub talk in the UK is unmatched and at times I do miss the culture back home. However, the culture surrounding the football is so professional and I wouldn’t have it any other way.

Do you recommend this route to others? And if so, why?

It’s the best decision I could have possibly made and I’m so happy I made the jump however you need to be 100% committed, and must really want it for it to work out. For me, as I’ve mentioned throughout the interview, the chance to play in a professional environment for the best college team in the country is a blessing. If things work out the way I envisage them, then I’ll be able to fulfil my dream of becoming a professional footballer and that comes down to the opportunities that D1 colleges can offer you. 6 of our players from this year all signed pro contracts over the last month and if you are good enough and you work hard enough college sport is a genuine pathway to the pro game.

Travelling across the country to places like Miami, Seattle, and Washington all come with the experience and it truly feels like you’re playing for a professional team. However, as blunt as it may sound you have to be good enough and love what you do otherwise I wouldn’t recommend making the move, just because it’s so full on and you are committing every bit of yourself to the program. If you believe you have what it takes and you want to chase you’re dreams then America for me is the best place to go. I hope throughout the interview I’ve painted a vivid enough picture of the D1 college scene but if anyone has any further questions about anything feel free to reach out to me and I’ll be more than happy to help.

You can contact Alex via Tonbridge Connect or email the Tonbridge Society Office and we will happily forward it on.