A stroke of luck brought Joe Froud (Sc 11-16) into contact with fellow OT, Rhys Evans, in 2015. A brief encounter with John Gibbs would take Froud, soon-to-be Student of Medicine at Cardiff... A stroke of luck brought Joe Froud (Sc 11-16) into contact with fellow OT, Rhys Evans, in 2015. A brief encounter with John Gibbs would take Froud, soon-to-be Student of Medicine at Cardiff University, some 12,000 km to Blantyre, Malawi, where Evans runs a Kidney Ward, providing tertiary nephrology care for the entire southern region of Malawi.

Joe reflects on his time at Blantyre's Queen Elizabeth Hospital, and what would become a life-changing, career-affirming trip, that would leave our OT enamoured with 'The Warm Heart of Africa'.

Stepping off the plane at Chileka Airport, with nobody to meet me, nor any idea of where I should be going, it hit me that, for the first time, I really was on my own. As I left the terminal, I admit I had a brief moment of panic – should I have come 7500 miles to Africa alone? Was the driver from my accommodation going to show up? Not a chance. But I absolutely loved it. The generous spirit of Malawi immediately surfaced, as a local called Jacob let me use his phone to call Kabula Lodge. The driver had overslept (it was 1pm), but promised to be with me in a quarter of an hour. An hour later I was on my way, and my first experience of “Malawi time” complete - I would learn to triple any timescale offered. Generosity and lateness would prove to be recurring themes throughout my time in the “Warm Heart of Africa”. 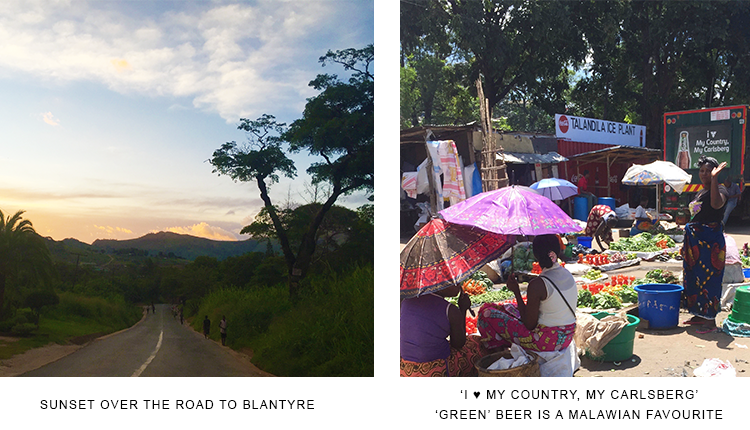 Finding my feet and my initial impressions

Almost a year previous to my arrival, on my walk back to School House, John Gibbs cycled up beside me. After offering commiserations for our loss in the National Rugby 7s Final (to Stowe, no less), suggested I get in touch with Dr Rhys Evans (OT), who’d set up a project at Queen Elizabeth Hospital (QEH) Blantyre, Malawi, focused on Acute Kidney Injury, and broadly Nephrology. Fast forward to March 2016, with a place at Cardiff Med School, I was arriving at QEH for my first day. Rhys’s trip to Malawi wouldn’t crossover with mine, but his colleagues Dr Ulla Hemmilä and Dr Alison Craik very kindly offered to show me the ropes. Meeting Ulla and Alison straightaway dismissed any trace of doubt in my mind about the trip, as both were incredibly welcoming and explained exactly what was going on.

The Medicine Dept. was similar in general structure to the UK, albeit a bit rundown: PowerPoint 2003 flickered, and med students, consultants and everyone in between swayed to follow the fan as it crossed the room. As a result, it wasn’t until we got onto the ward that I got a real sense of my surroundings. Rhys had warned not to be too shocked by initial impressions, but this was certainly a change from the San. Old-school railed beds took me back to Dry Hill House and Jane Austen. Patients were strewn across the corridors and on mattresses on the floor. What struck me most was how vulnerable people looked; all around were gaunt and afraid. Driftingup through the unrelenting heat was the sickly thickness of malady and death. And yet, there was hope. When Ulla, Alison and the other doctors entered, the humdrum lowered, and some vitality returned to hundreds of eyes. Coming to terms with the lack of resources
My first two weeks passed quickly, and I began to get to grips with the daily challenges that working in an African hospital brings. Fortunately, English is fairly common in Malawi, a country that received independence in 1964, but a translator is often needed for Chichewa dialogue. Contrary to my preconceptions, awareness of malaria is fairly good in Malawi, with an estimated 3.3 million cases per year, 7,200 being fatal (WHO 2015). However, this has caused a tendency for local people to attribute everything to malaria, meaning other (more serious) illnesses are often neglected.

Almost 1 million people live with HIV in Malawi, of which only about 61% receive antiretroviral treatment (UNAIDS 2015), and so when coupled with high rates of tuberculosis (TB), it is therefore unsurprising that Malawi has one of the lowest life expectancies in the world. If we relate these statistics to QEH, where up to 70% of in-patients are HIV positive, it’s common to see patients with HIV, TB and malaria, which makes their prospects quite dim, and successful treatment a real challenge.

Moreover, frequent black outs, at least weekly, at the hospital were often chaotic and potentially fatal. Due to lack of funding to fix the back-up generator, life support machines lost power, and the most unwell patients had to be kept breathing by hand. Whilst easy to focus on the enormity of the challenge facing healthcare professionals in Africa, it is important to look towards the positives: diagnostic tests are available (including MRI), most vital medicines are stocked, and overridingly, it’s abundantly clear that there are good people, dedicated to the wellbeing of anybody who staggers in through the hospital doors. 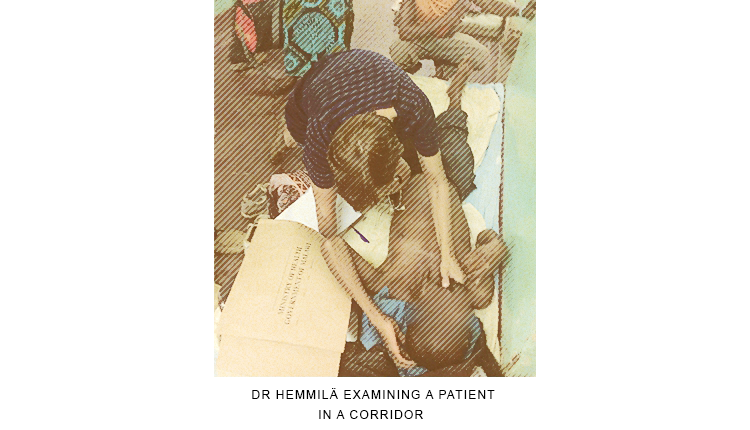 The excitement and reality of looking after patients
Over my month at QEH, I learnt more about Medicine than ever before. Not only did my understanding of nephrology and the kidneys (underrated and wonderful as they are) increase, but I also learned a great deal about humanity and empathy, and what it means to be a doctor. The combination of Ulla and Alison’s kindness, experience and genuine passion for their work really made my time at QEH. I would wake up excited to go to the Hospital, even 6:30am starts didn’t seem like a Herculean labour.

The experience that stands out most about my time in Malawi was actually my second day at QEH. Having explored the market for some lunch, I arrived back at the ward to find all the doctors crowding around one bed in the Paediatric ward. I stood there, powerless, as the doctors entered their twentieth minute of CPR on a two-year-old girl, and realised that this would be the first death I’d see. Undoubtedly, the doctors had done all they could, and yet a body lay where a child had been not half-an-hour earlier. Her little body lay lifeless, and salty streaks now marked her tears, she was wrapped by her wailing mother, gracefully, in the fierce colours of traditional cloth and taken to rest. Unfortunately, this would not be the last death I’d witness in QEH, as the reality is that death is much closer to life in Malawi than it is in the UK, but this is the tragedy of the vacillating profession I have chosen. Relaxing when not working

Alongside working at QEH, there was plenty of time to enjoy some of the other aspects of Malawi. The mix of people was part of why my trip was so memorable; my two housemates Eduard and Molly were from Amsterdam and Newcastle respectively, and it was fascinating to hear their reflections on the similar and often-difficult experiences we had at the QEH. Ross McDonald (OT) got in touch with me and very kindly invited me to join Blantyre Rugby Club, and so we often spent evenings at Blantyre Sports Club, for some touch rugby and a braai. It was really nice to be welcomed by another OT, even in such a far-away country, which is true credit to the OT network.

Hiring a 4x4 pickup, I headed off every weekend with some of the other medical students and junior doctors. We went on some incredible and eventful safaris, climbed Sapitwa Peak (3002m) of Mount Mulanje, and even SCUBA dived in Lake Malawi. The variety of what Malawi had to offer was staggering. I cannot thank Rhys, Ulla and Alison enough for making the trip happen. I will never forget the experiences I was lucky enough to be a part of, and I could not think of a better way to prepare for Medical School. It is clear to me why Malawi is dubbed the “Warm Heart of Africa”, and I would urge anyone to visit this beautiful country. 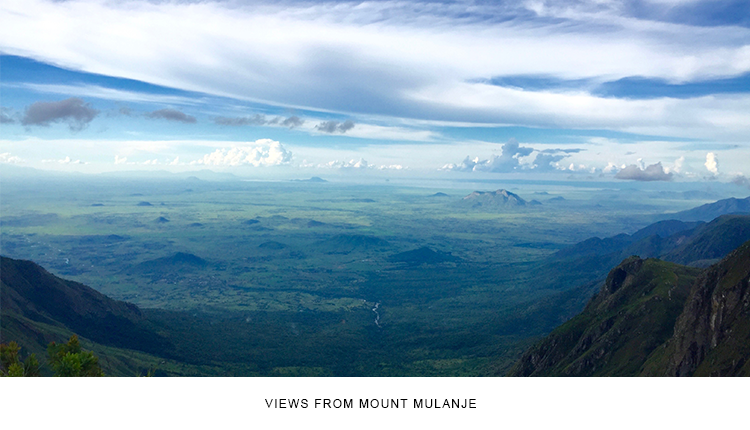 Ben Jeffries (SH 09-14) receives nomination for his role in founding the online platform, Influencer. Source: The Times of Tonbridge More...