On foot in rural Transilvania The following article was published in The Telegraph, 16 October 2018:

Freddie Hopkinson wins our weekly Just Back travel writing competition - and £250 - for his account of a trip to rural Romania.

“There are dogs and bears in the woods,” our taxi driver warns, throwing a concerned look down past the worn-out seats of his ageing Dacia as we unload our backpacks from the boot. My older brother, Leo, and I are a 45-minute drive into the Romanian countryside from the medieval fortress town of Sighisoara – and clouds are gathering. Having reached the road’s end, there is no choice but to begin our ascent to the village of Malancrav on foot. Leo carries stones in his pockets in case of dogs and bears. 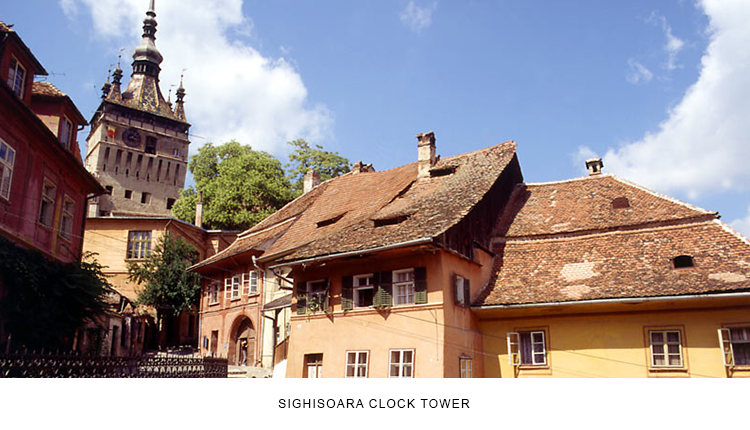 As we arrive, the rain has set in. It’s 5pm on a Sunday and everything is shut up. Arranged either side of a stream, the facades of 18th-century farmhouses gaze down at us – two tourists floundering in the drenched street, looking for someone who can point out a place to stay the night. When we find someone, our questions, carefully prepared in Romanian, are answered in German.

There have been Saxon settlers in Transylvania since the days of the Teutonic Knights. Much depleted by the horrors of the 20th century, the region was once home to significant populations of Germans, Jews, Hungarians and Roma, as well as its present-day majority Romanian population. 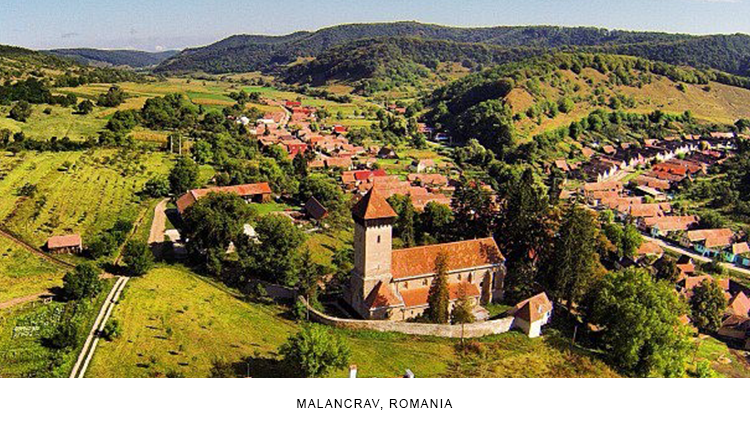 Famed for their fortified churches, these settlements first appeared in the 12th century. Linked to a string of fortress towns that included Castrum Sex (Sighisoara) and Hermannstadt (Sibiu), these isolated German-speaking communities are what remains of a once much wider network of Saxon culture in medieval Europe. 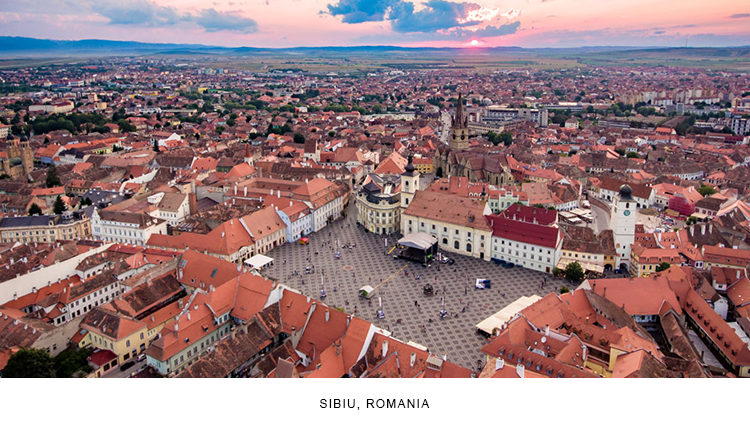 Malancrav’s walled church pre-dates the village below. As we approach, the old woman who has been guarding it all afternoon strides over from the ramparts. Her face slowly uncreases – we are not vandals, but sightseers out under the bright beams of sunlight that begin to break through the clouds. Animated in a handshake, her thin limbs gesture at the crumbling walls around her.

The original structure was fortified in the 15th century to protect against raiders – mercenaries hired by the Ottoman Empire who lived in peacetime by plundering Christian villages. Quiet and unheated, it is filled with painted peasant faces looking out at you from Bible scenes on the walls. Our host tells us about her people. Where have all the Saxon names in the graveyard gone? What future remains for this, the last German-speaking congregation in the area? Her first instinct is that we are Germans – descendants of the Saxons who left after the collapse of Romanian communism in 1989. Unable to understand her fully, our shrugs disappoint and she stares again out into the damp courtyard. An Interview with James Priory

James Priory reveals his vision for the School to Will Rider (OH 08-13) for the Kent & Sussex Courier More... Review: A Field Guide to the English Clergy