In October 2018, Suanu Saro-Wiwa (PS 13-18) tragically suffered young cardiac arrest while playing football during his gap year in Canada. He was a naturally talented sportsman who was a key member of the 1st XI football and 1st XV rugby, where he played an indispensable role in securing our schools maiden NatWest Champions Trophy in 2016. He was his own man, loved to push boundaries, and always sought adventure. 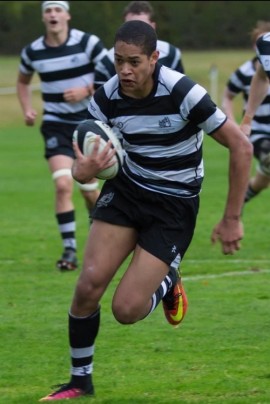 In memory of Suanu, Ben Yonge (PS 13-18), Alfie Shankland (FH 13-18) and Meurig Shotton (CH 13-18) will be supporting leading heart charity CRY (Cardiac Risk in the Young) who aim to give all young people (aged 35 and under) across the UK the choice to be screened for undiagnosed heart conditions. They will be joined along the way by fellow OTs Darius Rubin (HS 13-18) and Hugo Flower (Sc 13-18). 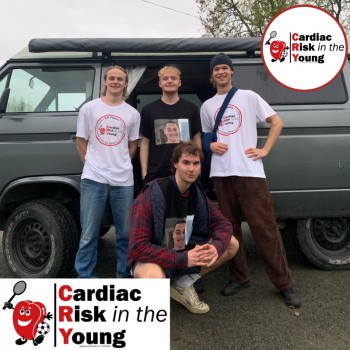 The team will do this by undertaking “20,000 leagues across Eurasia”. This trip will involve them driving 20,000 kilometers across mountain ranges, deserts, taigas, canyons and forests from London to Lake Balkhash, Kazakhstan, and back all while living, eating and sleeping in a 1988 VW transporter, a 4x4 van. If you thought that sounded hard enough, along the way, they will be undertaking arduous physical challenges.

In memory of the 624 young people in the UK who die each year from a previously undiagnosed heart condition, Alfie will run 624 km, Meurig will swim 62.4 km, and Ben will do 6.24 km of rock climbing. They will be documenting everything on their Instagram account, so please follow @onlyvanz__ to see them tackle this feat.

If they meet their fundraising goal of £20,000, your donations will fund: 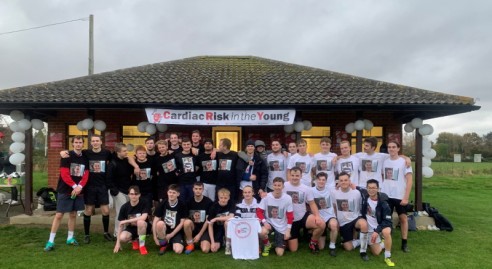 Motivated by Suanu’s love of all things arctic, the group adopted a polar bear through WWF in his memory, which they will take with them from beginning to end (see if you can spot it in their Instagram posts).

Formal fundraising began in October, starting with a club night in the team's university city, Bristol, where they raised £800. In November they organised a charity football match on the OT football pitch where 2 teams of OTs and 1 of Staff battled it out to claim victory. This event was a huge success and between OTs, staff and parents they raised £1,712. On top of this, they are grateful for the incredible support they have received from 129 members of the OT Community as well as friends, parents, and teachers which has led to the team raising £6,912 as of March 2022.

Each week at least twelve young people in the UK die suddenly as a result of undiagnosed heart conditions.

For more information and to donate to CRY please have a look at their JustGiving page:

Dr Steven Cox, Chief Executive of CRY, adds, “It is always so poignant to see supporters of CRY like Ben, Alfie and Meurig going to such lengths to raise money and awareness in memory of those they’ve tragically lost to previously undiagnosed heart conditions. It takes great courage to take on a challenge so epic as a 20,000-km Eurasian road trip – but this is propelled by an enduring determination to do something to honour the memory of Suanu. On behalf of CRY, I would like to thank these young men for their dedication to supporting CRY in the vital work we do to help prevent sudden cardiac deaths in young people.”