Hosted by John Lloyd and comedian Lee Mack, the show brings together distinguished individuals from the worlds of comedy, art and science, and asks them to submit one item each to a vast imaginary museum.

During the show, Vikram reflects on an unforgettable incident from his time at Tonbridge; the moment the Indian Government seized his father’s shipping company and set fire to the fleet’s flagship oil tanker – the Vikram Jayanti.

“I was trying to keep a low profile in my first year at Tonbridge and suddenly I was called down to the Junior Common Room, which had the school’s only television,” he recalled.

“The news was on, and the ship, the Vikram Jayanti, was on fire in the English Channel. And so I had to sit there while I became the most notorious boy in the school, over the course of a three-minute news item.”

Vikram also recounted some of his experiences interviewing controversial figures such as Garry Kasparov, Phil Spector and Uri Geller. “I like larger than life characters who are difficult, often geniuses in distress,” he said. “I try to have a real conversation, and then they get emotionally and intellectually engaged.”

A film producer and director, he has made a number of well-known full-feature documentary films. Two of his works have received Academy Awards for Best Full-Feature Documentary; the 1997 blockbuster When We Were Kings, and Born Into Brothels (2005).

To find out what item Vikram donated to the Museum, listen to the programme on demand here: 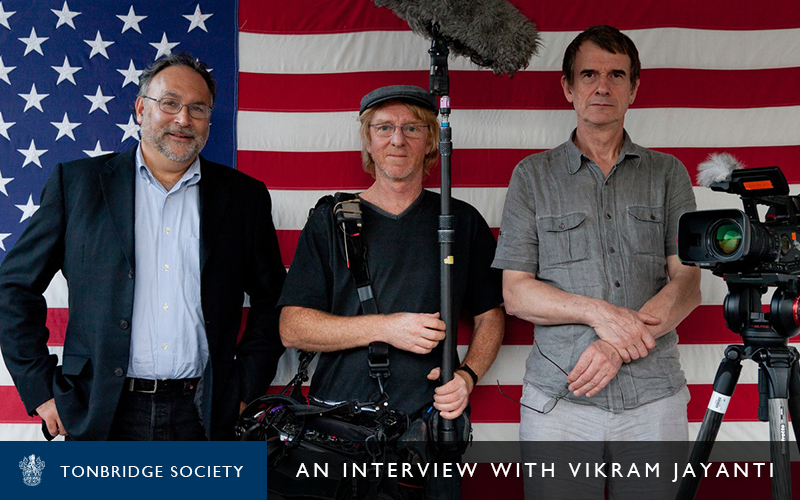 You are warmly welcomed to leave a message below, share your memories, and celebrate the life of Desmond Pritchett, who we sadly lost in 2018. More...