The Inaugural OT Cricket Day was a great success! Team Hyde posted a very competitive 303-7 from their 30 overs, only for Team Durell to chase down the score with two overs to go.

After the game, a hog roast was enjoyed by players and spectators, followed by some delicious cakes supplied by Bev Matthews. We look forward to repeating the event next summer. 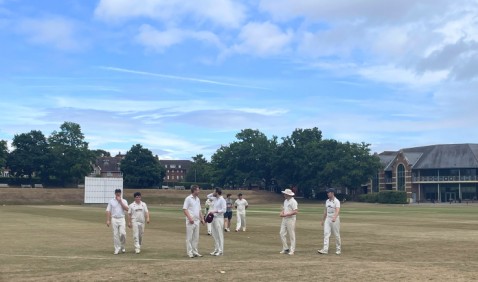